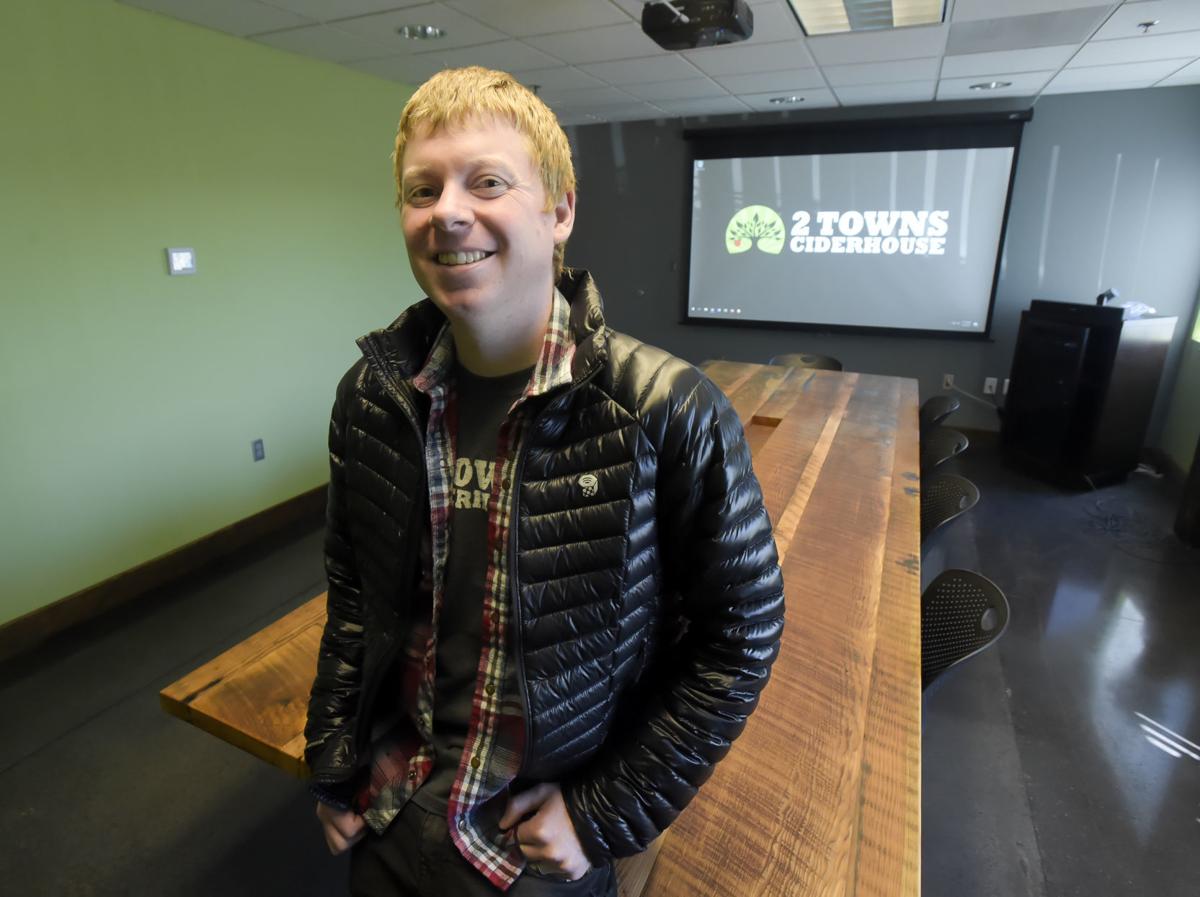 2 Towns Ciderhouse is putting down roots.

Launched in a Corvallis mini-storage unit in 2010, the fast-growing company has already moved its headquarters three times as it scrambles to keep pace with surging demand for its hard apple cider.

But Lee Larsen, the venture’s 33-year-old CEO, is hoping the latest move will be the last.

Early this year, the company purchased a 36,000-square-foot office and warehouse building in the Corvallis Municipal Airport Industrial Park, where it already had been leasing space in another building for its main production plant. In addition, 2 Towns leased 22 acres of undeveloped land around the new building and took an option on another 20 acres.

“Buying a building gave us this home space that we’re excited about,” Larsen said. “We want to make it a destination location at some point.”