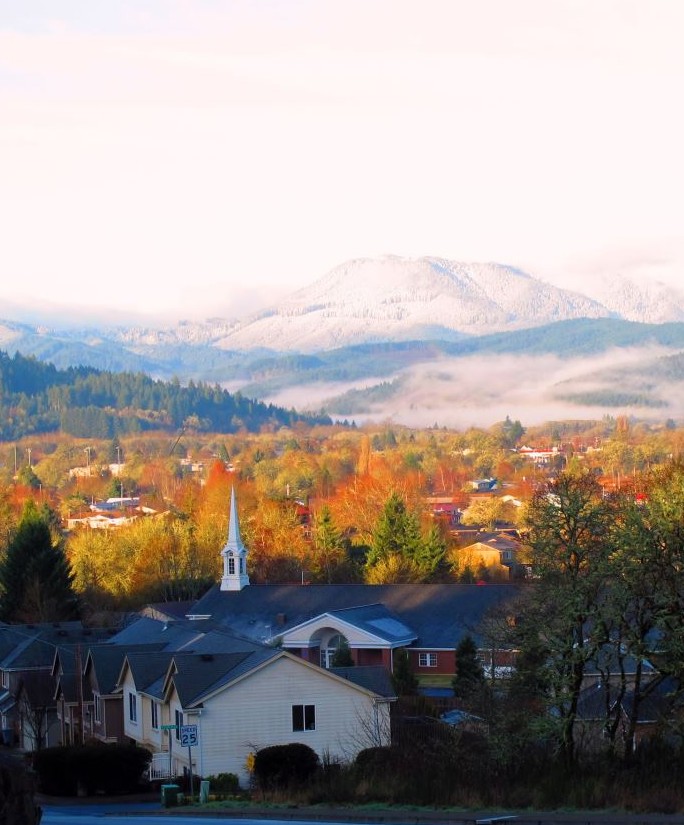 Philomath is a thriving small town.  With a timber background, and strong links to agriculture, it is redefining itself as a business center.   A strong commitment has been made to revitalizing downtown, and investments in an industrial park show the community’s commitment to business.

Full of life, events, business and spirit, the city of Philomath is a gateway to the timber communities to the west, and the farmlands to the north and south.  Close to Corvallis, but with its own identity,  Philomath enjoys a unique downtown.

A map and information can be found at  www.PhilomathSolutions.org.

Enjoy  an active Chamber of Commerce and Downtown Association, and is a vibrant town with growing businesses.

Incorporated in 1882, Philomath was a thriving farming and ranching center, shipping agricultural products and wool to nearby Corvallis warehouses and, eventually, to larger urban markets. By the early twentieth century, loggers were making inroads into the lush timberlands surrounding Philomath’s hilly backcountry, transforming the town into a major logging and lumbering center. Those activities would remain the mainstay of Philomath’s economy well into the twentieth century. When lumber production soared following World War II, sawmills dotted the countryside around the town, providing good-paying jobs in the woods and mills.

The economy of Philomath began to change in the early 1980s as mills closed and unemployment soared. The industry made a slow recovery in the mid-1980s with a small number of highly automated mills that required fewer workers. The emergence of the high-tech industry in nearby Corvallis mitigated the losses, however, and Philomath increasingly became a bedroom community for people employed elsewhere.