Corvallis Most Likely in U.S. to have Access to Hi-speed Internet

The area, home to Oregon State University and a hefty slice of Hewlett Packard operations, narrowly beat out other highly-connected metro areas: Colorado Springs, San Jose-Santa Clara and Manchester, New Hampshire. It also beat the Portland metro area, which is defined as stretching across seven counties. Across the Portland-Vancouver-Hillsboro metro area, 86 percent of people have Internet access at home, the bureau said. 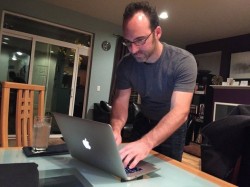 The bureau found that, nationwide, the most common way people access the Internet is via cable (43 percent) and that only 1 percent of people say they rely on dial-up service any more. Small metro areas in New Mexico, Texas and Arkansas reported the least home Internet access. In Farmington, New Mexico, just 51 percent of residents said they had it.