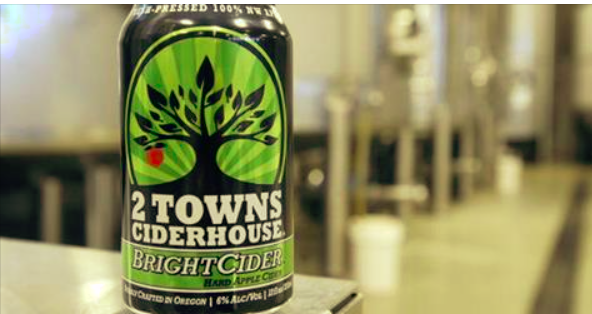 Article published in the Gazettte Times by:

The craft alcoholic beverage industry — from beer and wine to cider and spirits — is emerging as a new focal point in the Benton County economy, local economic development officials said on Tuesday.

That was one of the highlights of a quarterly report delivered at the Benton County Board of Commissioners’ work session by Tom Nelson and Kate Porsche of the Corvallis-Benton County Economic Development Office.

With companies like 2Towns Cider, Block 15 Brewing, 4 Spirits Distillery and Nectar Creek meadery leading the way, employment in the industry has roughly doubled from about 100 in 2010 to nearly 200 today.

Porsche pointed out that 2Towns is not only the top cider producer in Oregon but ranks sixth statewide if beer is also taken into account.

Like other businesses that sell goods and services outside the immediate area, food and beverage manufacturers are considered part of the traded sector, an important driver of economic activity.
Read the rest of the article by clicking this link: