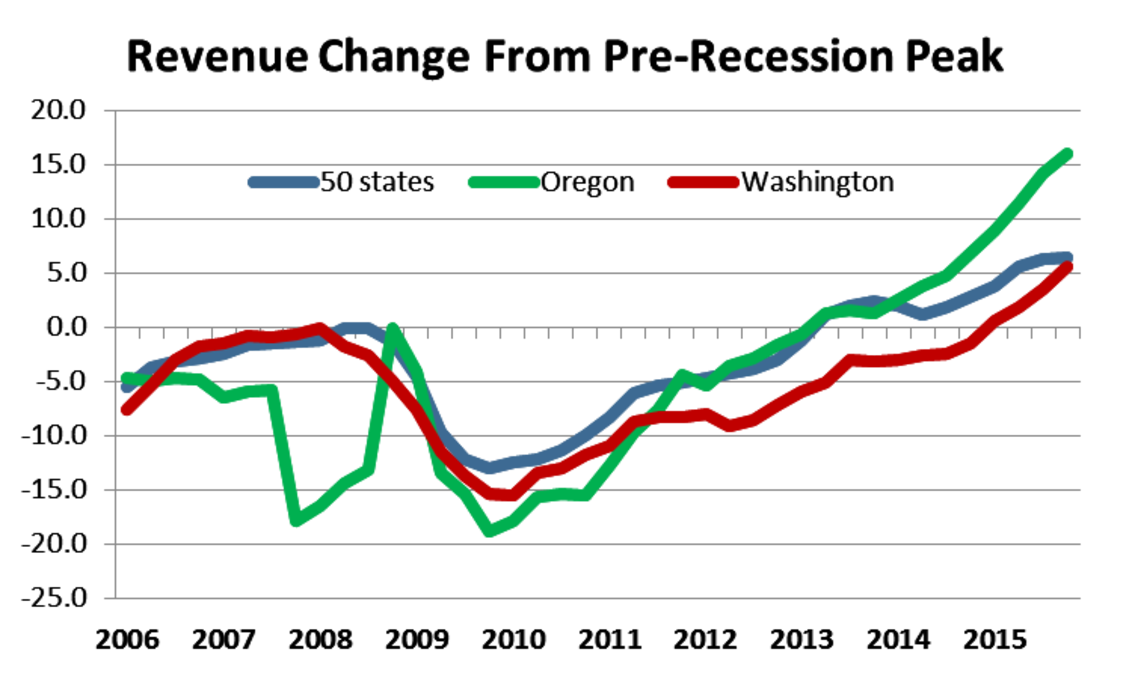 From the beginning of the Great Recession to the end of 2015, Oregon’s revenue recovery outpaced all but six U.S. states. The new dollars have been put into education, adding universal full-day kindergarten and moving Oregon from 29th in the U.S in per student K-12 spending up to 23rd, according to the National Education Association (NEA). Oregon’s revenue forecast–which was released yesterday–anticipates continued revenue growth.
Read more in the OBP Issue Brief Revenue Rebound Boosts State Education Investment