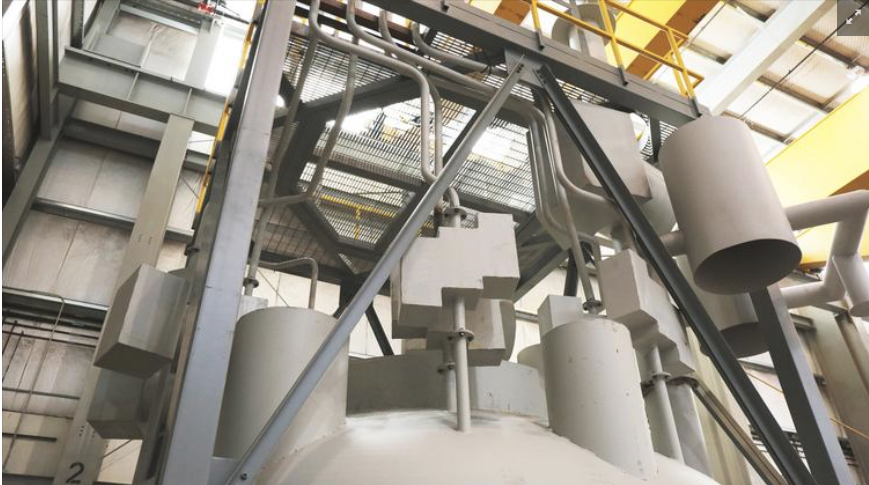 NuScale Power LLC, the small-scale nuclear power company founded in Corvallis, has won a $40 million award from the U.S. Department of Energy.

The company has a deal to build a plant in Idaho, and the DOE said the funding would be used to “conduct design finalization activities and ensure supply chain readiness to meet a commercial operation date of 2026 for the first NuScale plant.”

Early last year, NuScale, after more than eight years of work at a cost of more than a half-billion dollars, became the first company to submit a design certification application for small modular reactors — SMRs — to the Nuclear Regulatory Commission.

The company, headquartered in Tigard, thinks it can overcome nuclear power’s increasingly challenging economics with a reactor that it says can be built in a factory, won’t melt down, can ramp to meet changing load and can be used in varying numbers to create power plants of different sizes.

“NuScale is the only SMR selected for the Path 1 award and it’s the only technology with a solid plan, backed up by design, testing, licensing, and commercialization substance to achieve commercial operations by the mid-2020s,” NuScale said in a statement Friday. “NuScale’s technology is a game-changer for the nuclear industry and we are grateful for the federal support in bringing our SMR design to market.”

Nuclear power in the U.S. could use a game-changer. Operating costs for older plants are rising, making it increasingly difficult for them to compete against cheap natural gas plants without policy assistance (something the Trump administration has been trying to make happen, but hasn’t yet).

As for new conventional nuclear plants, early this month, a top executive at Exelon, which operates 23 nuclear power plants in the U.S., said emphatically that they were too expensive to build.

READ THE REST OF THE ARTiCLE BY CLICKING HERE: