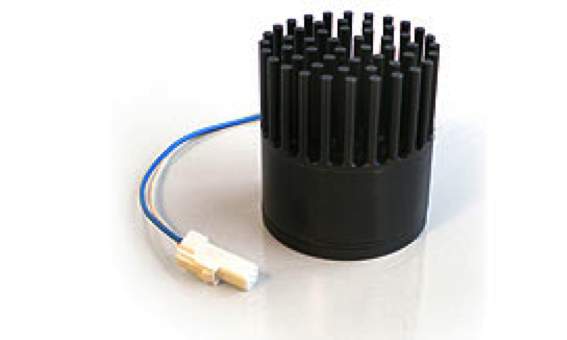 In July 2009, Perpetua Power received a prestigious R&D 100 Award for its PowerPuckTM product, recognizing it as one of the year’s 100 most technologically significant products. The PowerPuckTM can run for more than 15 years. It doesn’t use caustic chemicals and it produces electricity by harvesting temperature differences of a degree or two across an eight-foot strand of foil. It is designed to solve the problem of replacing hard-to-reach batteries in small electric devices.

The company is moving ahead with plans to build a 7,500-square-foot assembly and warehouse facility in the community of North Bend on the southern Oregon coast in partnership with the Coquille Indian Tribe. The tribe purchased a controlling interest in Perpetua last year after investing an undisclosed amount of money in the company. The company expects to create 30 jobs at the new facility, as well as expand its manufacturing capabilities at its Corvallis headquarters.

In January 2012, Benton County commissioners approved the company’s request for enterprise zone designation for its new location in the Corvallis Airport Industrial Park. Perpetua moved its Corvallis operations from the Sunset Research Park to a portion of the former Electroglas building in December 2011. It plans to upgrade the building’s two clean rooms and install high-tech tooling for semiconductor manufacturing. The Corvallis Gazette-Times reported that as part of its move to the Airport Industrial Park, Perpetua intends to hire 30 new employees by the end of 2013.