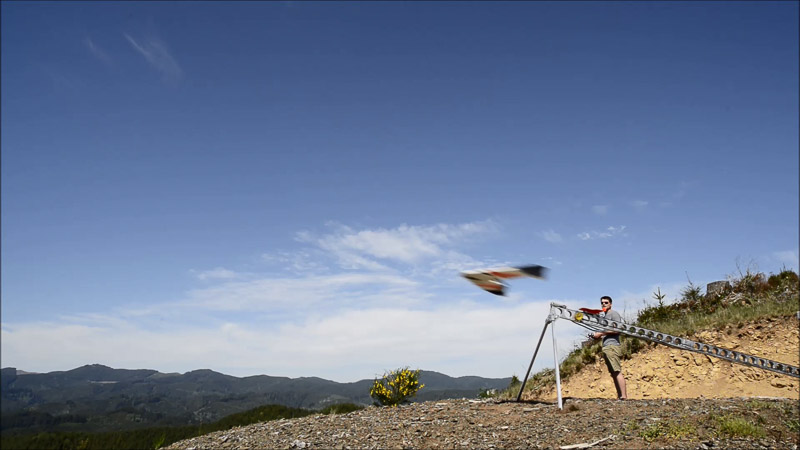 The collaboration was interested in studying the effects of wildland fires as well as how UAV’s could be used to develop procedures for future firefighting. VDOS conducted multiple flights over the reservation during a two week period beginning with a flyover of an area that burned last summer. The following week they conducted a flight above a controlled burn area with the idea of recording patterns before and after. The information gathered included imagery, videos, and mapping to help generate strategies for reforestation and may help create safer firefighting techniques.

The tribes received approval from the FAA to operate UAV’s as part of the Pan Pacific UAS Test Range Complex which is comprised of areas within Alaska, Oregon, and Hawaii. “While UAV’s or drones have historically been used for military applications, the FAA’s directive from Congress is to integrate UAV’s into the National Airspace System, so that commercial operations can benefit from the technology as well,” said Warm Springs Ventures CEO Jeff Anspach.

VDOS is a pioneer in the commercial application of UAV’s and is actively working with Warm Springs Ventures to develop the reservation’s UAV program. “With operations at Warm Springs we will be able to focus on the commercialization of the technology and explore its applications in sectors such as agriculture, firefighting, and environmental monitoring. It is a unique opportunity to be a part of an industry that is focused on pioneering and entrepreneurship with so much potential.”

Brian relocated VDOS to Corvallis last summer. “VDOS is an excellent example of the type of industry-leading company that we have and are trying to support in Corvallis through our Economic Development efforts,” says Corvallis Benton County Economic Development Manager Tom Nelson. Since relocating, VDOS is working to become an integral part of the Corvallis community and UAV industry as a whole, starting with a drone panel presentation to the Willamette Innovators Network back in the winter and involvement in supporting students at Oregon State University and the Cascade Chapter of the Association of Unmanned Vehicle Systems International.